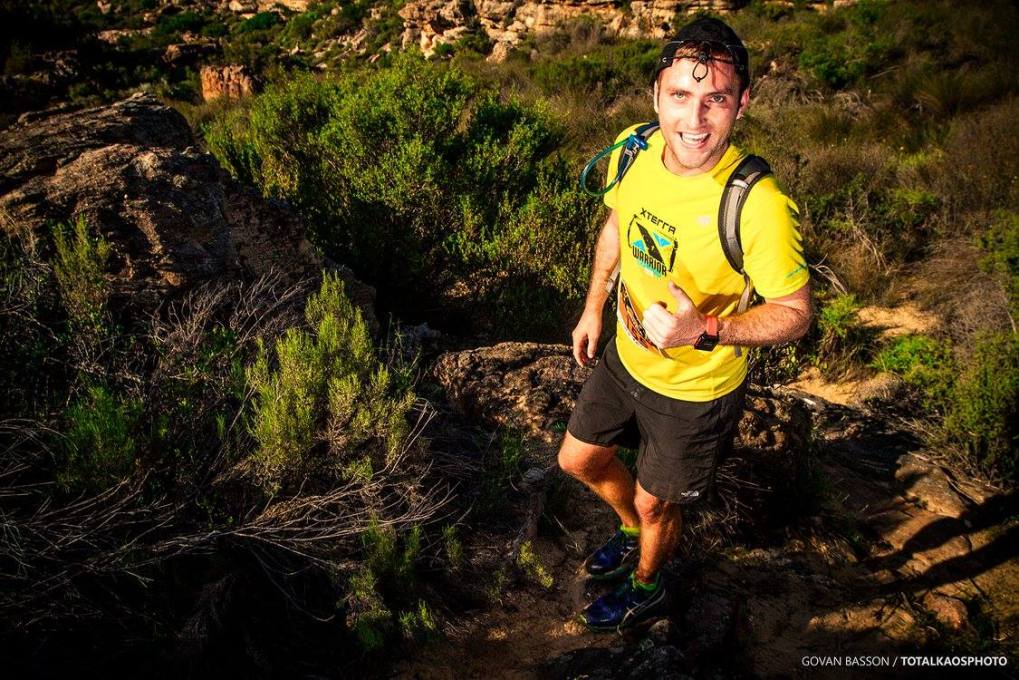 This week we chat to Bruce Burgess, as part of the series of success stories we have and will be sharing over the next couple of months. Bruce started seeing Registered Dietitian, Alex Royal, when he was training for his second Half Iron Man and felt that he had hit a weight loss plateau:

Tell us about your journey with the dietitian?

I met Alex through mutual training partners while preparing for my second Half Iron Man. Of my own volition I had been on the Banting diet for a few months by then and had lost a few kilos, but after some time had started to feel like I was slowing down physically and I just wasn’t getting lean. One day I eventually realised how silly it was that I had been strictly following a diet that I had only read about in a single book, when I actually had access to Alex, a professional who had several years’ experience in the field, who could personally assess and guide me. In our first appointment she took the time to understand my goals, eating habits, professional and social lifestyle, and exercise regime before building a meal plan that genuinely suited me. Throughout our interactions and follow-ups she has been an absolute professional. Her input has always been realistic and honest and I knew from the outset that anything personal that we discussed in her office was going to remain confidential, which was a critical part of our success so far. I look forward to our check-ins, even when I suspect that I might not have achieved all my goals in-between, because she understands that I’m a real person and that this is a journey.

Tell us about your results?

From literally the first week on the eating plan that Alex put together for me, I started to feel more energetic throughout more of the day and could notice my body becoming more lean. I also felt more agile on my surfboard, which really put a smile on my face! At my first check in, it was clear that it was genuinely working. I was lighter, my metabolism was faster and I had reduced my body fat. Running has always been my weakest discipline, but a few weeks ago, I completed a 21km in 1h43min, which is a full 17 minutes faster than what I was expecting – and close to 45 mins faster than my personal best. My friends have noticed my results too and I have had a lot of compliments on my leaner appearance and questions about what my secret was – to which my answer has always been a sincere recommendation of Alex’s services.

What was the hardest part of the journey?

The hardest part of the journey for me has been trying to maintain my eating plan during my week-long work trips into Africa. Exactly the right food options can be quite hard to come by and mealtimes when you are on the road can be quite irregular. However, having an understanding of what I am supposed to be eating and avoiding, has meant that for the most part I’ve been able to make healthier decisions while travelling instead of just eating whatever is easiest.

What are the top three tips you can share?

Making the healthy choice is for yourself. You’re going to run into resistance from the world around you, but at the end of the day, your health needs to come first.

Don’t forget your protein shake when you travel. There’s always water around, so at least you can get something healthy in when you’re feeling hungry between irregular meals.

Just because the perfect meal isn’t available, doesn’t mean you have to go all bad. If the only thing you recognise on a menu is the burger, you can still order it with a salad or baked veg (if you’re concerned about raw foods in whatever far flung corner of the content you are) rather than eating deep fried chips.

And just because you got breakfast and lunch wrong, doesn’t mean that a healthy dinner isn’t going to make a positive difference. One or two naughty treats aren’t going to ruin your diet, but I know just how quickly a cheat day can turn into a cheat week.

A word from the dietitian

When Bruce came to see me he was training for his second Half Iron Man and was determined to get his eating habits on track. But like most people he was bombarded with weird and wonderful tips from blogs and the internet. So we kicked off by discussing all the myths and outlined a good way forward. The diet plan was aimed to suit his busy work schedule and social lifestyle while meeting his body composition goals. His overall aim was to drop body fat and gain muscle, all while eating adequate calories to tweak his athletic performance…in other words to become a machine!

I was so thrilled when I saw Bruce for his first follow-up. He was well on track and following my guidelines to the Tee. We had subtly changed his eating patterns and lifestyle and he was seeing the results. He has continued to impress and peaked his athletic performance by logging his personal best at the Knysna half marathon.

The Association for Dietetics in South Africa (ADSA) is the professional organisation for Registered Dietitians as well as a non-profit organization that promotes optimal nutrition for all South Africans by sharing recipes and interesting nutrition related articles.